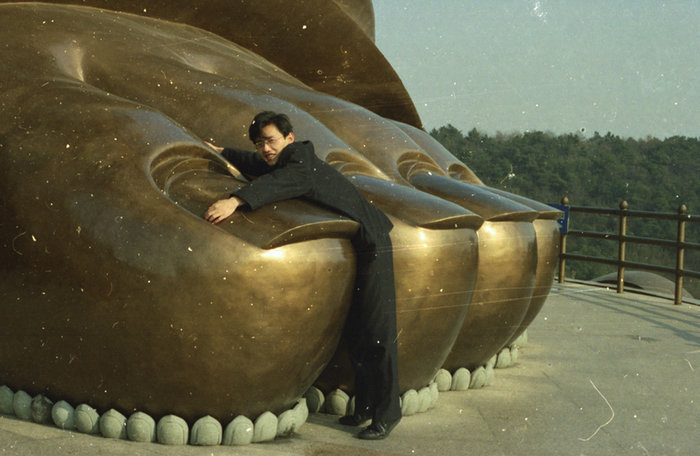 The Beijing Silvermine Project makes a strong case for the necessity to materialize photographic images as physical, tangible objects that exist in the world. Initiated by the French collector and editor Thomas Sauvin, this massive archive currently contains over half a million analog photographic negatives made by Beijing’s inhabitants, shot between 1985 and 2005. Salvaged from recycling plants in the periphery of the city, these discarded objects—35 mm analog color negatives blemished by time—have been renewed with a very different kind of life. The time frame itself is also a telling subtext: There’s the reforming and opening up of the economy and a marked shift towards a leisure class on the one hand, and the changing nature of the photographic medium from silver-based processes to the digital on the other hand.

That the trove of images is a poignant and truthful record of the collective experience of Beijing’s citizens is the obvious response. But what the project also insistently reminds us is that the physicalized photograph circulates in ways that are more unpredictable and surprising than their digital counterparts. The Beijing Silvermine photographs are more like vagabond drifters, accruing traces of experience throughout their passages, and through time and space. As the first law of thermodynamics states, physical things can be altered but not entirely destroyed. Had Sauvin not intervened on behalf of these photographic objects they would have been processed through chemical treatments so that the remnant silver nitrate could be extracted and used elsewhere.

Instead, these rescued images—including events such as births, weddings, and travel snapshots, to the more wondrously formal and accidental blurs and chance compositions—provide a collective lens to view an existent, self-contained universe peopled by a specific populace in a precise place that not only encapsulates life, but also all the varying forces that shape it.

Arthur Ou is assistant professor at Parsons The New School, and is one of the agents for the Hillman Photography Initiative. More info about the Initiative and this year’s upcoming programming will be announced very soon. All images in this post are courtesy of the Beijing Silvermine Project.