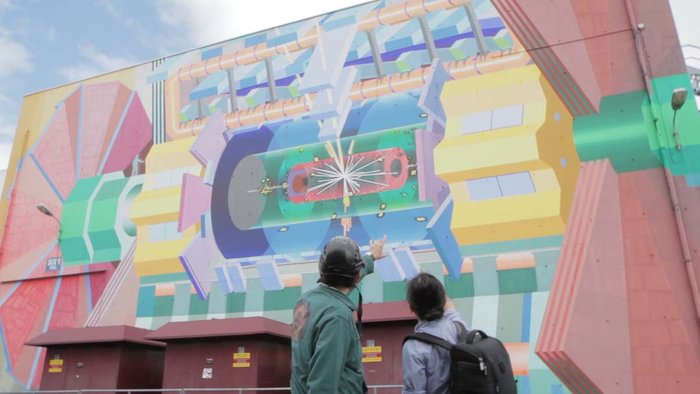 The Invisible Photograph: World Premiere of Subatomic set for February 26, 2015

Join us for the fifth and final documentary world premiere for The Invisible Photograph, set at the European Organization for Nuclear Research on the border between France and Switzerland! The same series that has featured photographs buried underground, retrieved from old Amiga floppy discs, rescued from data created in outer space, and resuscitated from the trash heap, now journeys to its final destination to explore how photographic technologies are being used to visualize the subatomic world. Join us on February 26th for the world premiere screening of Subatomic and enjoy custom cocktails, lively discussions, and a chance to meet CERN scientists! Click here to read more and register.

Orphaned Images, the final project to be released during the Initiative’s inaugural cycle of programming, will launch in the museum with the exhibition Antoine Catala: Distant Feel on February 14 in the Forum Gallery. In addition to Catala’s exhibition, the Orphaned Images project also includes a book by artist Shannon Ebner, with each artist commission addressing the questions raised within art practice by the increasingly widespread digital dissemination of photographs. As images are shared, manipulated, recirculated, and reused, they lose authorship. Both Catala and Ebner explore the shifting landscape created by the movement of the photographic image and invite you to consider the intersections and collisions of humans and technology in the contemporary world. Stay tuned to our website as these exciting projects continue to unfold.

From April through December, 2014, A People’s History of Pittsburgh has grown into a digital archive of over 850 photographs and stories, sourced from Pittsburghers past and present. Over that time, I’ve had the joy of highlighting favorites and, in the process, been completely enthralled by the stories all of you have been willing to share with us. Beginning January 2015, the artists who conceived of the project—Melissa Catanese and Ed Panar—will be combing through the submissions and selecting their favorites for inclusion in a print photobook, to be released in April. More information on the book, which will be co-published by CMOA, will be provided as it develops.

Image: Film still from ‘Subatomic: The European Organization for Nuclear Research,’ the final installment of The Invisible Photograph documentary series.