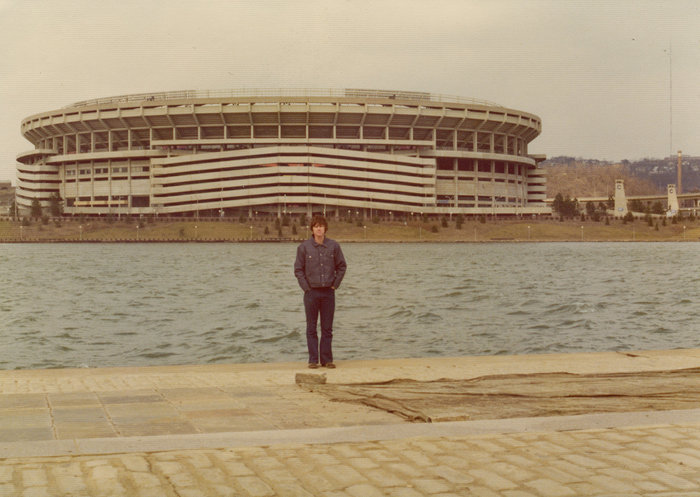 Since the launch of the Hillman Photography Initiative this past May, I’ve delighted in seeing, reading, and listening to the fascinating submissions we’ve received for our various projects. From the thought-provoking responses to our monthly This Picture project, to the heart-warming photographs and stories contributed to A People’s History of Pittsburgh—our collective online photo album—I can’t get enough of seeing how visitors, users, and fellow photography lovers have reacted to our open call for submissions and comments.

In this blog post, the first in a monthly series, I call attention to some of the most compelling submissions and comments we received in the past month, and give you a look at what’s ahead for the Hillman Photography Initiative. As you scroll down, you might even find out that your photograph is featured.

I’m also really excited to announce the winners of our first ever Program Manager’s Picks, a monthly contest for This Picture that awards those who have submitted the most compelling responses to the project with free admission to an upcoming world premiere for The Invisible Photograph. So remember to check out this month’s photograph and tell us what you think. You’ll be automatically entered for a chance to win the prize.

This project explores the many meanings a single photograph can elicit by asking you, our viewers, to respond to one carefully chosen photograph every month. These photographs, chosen for their depth and breadth of subject matter, as well as their interpretive potential, seek to engage the public in a far-ranging discussion about photographic meaning. At the end of each month, a commissioned writer joins the ranks of respondents and provides his or her own take on the chosen photograph.

Last month, we released a portrait of President Barack Obama, made by the artist Dawoud Bey in 2007. I loved the range of responses, from short and pointed to thoughtful and considered. My favorite responses, and the winners of our monthly This Picture contest, are included below:

Congratulations, Jason and Joke. Your free admission voucher for an upcoming world premiere of The Invisible Photograph is on its way.

This five-part documentary video series explores sites or content integral to the way we understand and consume photography today, but that are generally hidden from public view. On July 10, an enormous crowd gathered in the Carnegie Museum of Art Theater to attend the world premiere of Extraterrestrial: The Lunar Orbiter Image Recovery Project, Part 3 in The Invisible Photograph series. On hand to answer questions after the premiere was Keith Cowing, co-lead of the Lunar Orbiter Image Recovery Project and star of the film. A self-described webmaster, astrobiologist, journalist, former rocket scientist, and recovering ex-civil servant, Keith was one of the most entertaining guests I’ve ever had the privilege to join on stage.

If you haven’t yet, check out the video and take a look at the GigaPans that I shot, especially this one inside “McMoons” (i.e., the abandoned McDonald’s where the video takes place). I know all the buzz is about the lunar landscape, but the landscape inside McMoons has to be one of the most surreal that I’ve GigaPanned. Despite being tethered to terra firma, stepping into this abandoned McDonald’s feels otherworldly. Step up to the counter and check out all the lunar paraphernalia. I don’t think George Lucas could have done it any better.

Right after the world premiere of Extraterrestrial, the Hillman Photography Initiative’s film crew departed for Europe to shoot on location for the remaining two parts of The Invisible Photograph video series. In Germany, we filmed Part 4, Discarded: Joachim Schmid and the Anti-Museum, which will premiere on September 19.  Part 5, Subatomic: The European Organization for Nuclear Research, was filmed in Switzerland and will premiere on December 11. For an overview of these upcoming videos, check out http://www.nowseethis.org/pages/the-invisible-photograph-upcoming-episodes

We could not be more excited about this project’s success so far. Pittsburghers near and far, past and present, have shared photographic outtakes and gems from their photo albums, scrapbooks, and shoeboxes that have contributed to the story of Pittsburgh as told from the point of view of its people. We have been gathering photographs and their attendant stories from all of you both online and in-person at a series of scanning days held in our Coatroom Gallery, and have cherished seeing the city from your eyes.

I have so many personal favorites from the past month, I don’t even know where to begin. I’ve excerpted a few below, but I invite you to check out our timeline and select some favorites of your own.

One of my favorites is this image by Margaret Boylen and Rick Birek, which is an almost worms-eye-view of a busy shopping day in downtown Pittsburgh in 1975. The Gimbels shopping bag on the right is a perfect counterweight to the small girl on the left, the only person in the entire throng to look directly at the camera lens. Boylen and Birek have submitted several other gems to the project, including this image of White Swan Park from 1976 and this other image of a father and son enjoying the day at South Park in 1949.

Patricia Hynes Ronallo’s submission of Ellen Kathleen Murray at her home in 1940 is another beautiful image, coincidentally also taken from below, showing a young lady in curls perched on a fence. What speaks to me about this submission, however, is the evidence of physical wear and handling. I am fascinated by the journeys that photographs take, and this one looks like it’s been on more than one.

My favorite story is the amazing tale that accompanies this photograph by Debby Tepper Glick, who writes, “My father (from Illinois) came to court his Pittsburgh sweetheart. He was smitten with her. When my father came to visit, my grandmother painted the kitchen chairs. They were sprucing up the place to impress my father. My father, unbeknownst to him, sat down on the wet paint. When my father went to rest, my grandmother snuck into his room, cleaned the pants and returned them. The family lore is that he never knew he had sat down on the wet paint.”

My favorite caption comes from Liz Archambault, for the 1963 photograph of herself in cowboy hat and mask, standing next to her noble steed: “I dreamed of being The Lone Ranger and lived on a farm. We all had ponies and this was my pony, Greybird.”

And, in no particular order, here are some of the submissions that any native Pittsburgher will appreciate, if only for their sheer “Pittsburghness”:

Finally, keep an eye out for our featured bimonthly themes. Right now, it’s football. And later this month, we’ll be featuring rivers. So get out your old photographs of Three Rivers Stadium and share them with us in a perfect synergy of football and rivers.

To those of you who have submitted content and are familiar with our website, I can’t tell you how much I’ve loved looking through your responses. I look forward to seeing what you have in store for us next. To those who have yet to join in, there is no time like the present. I hope to welcome you to our flourishing online community soon!