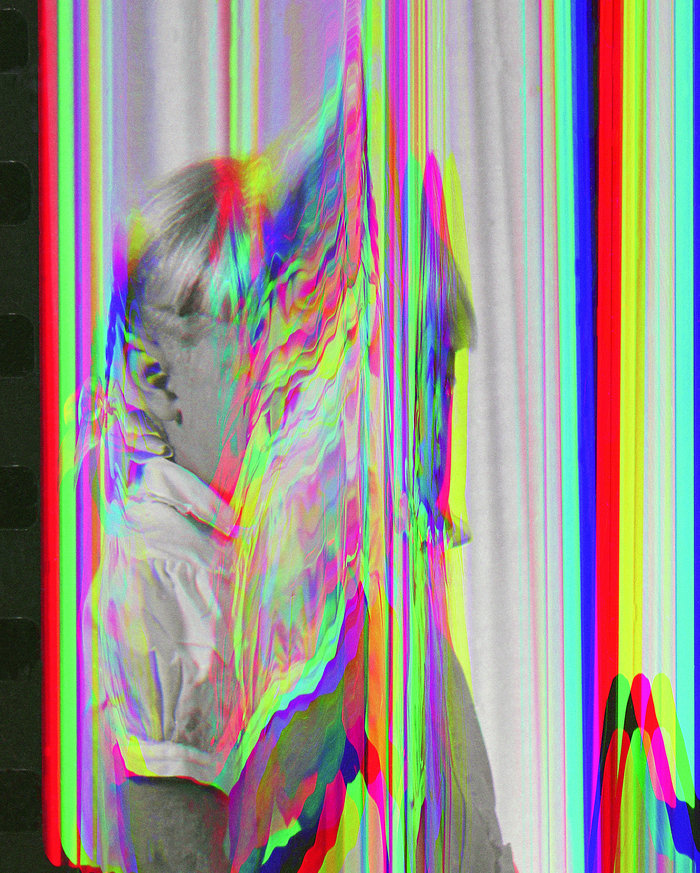 If I had to choose one image to encapsulate the visual and verbal conversations that have embodied the Initiative over the past two years, I’d probably put Sara Cwynar’s Girl from Contact Sheet 2 (Darkroom Manuals) among the top five. Okay, maybe more like the top three. It’s not just because of the tension-cum-synergy between digital and analog that the picture so powerfully and poetically conveys (and that Oliver Wasow finds so evocative in his commissioned response this month). It’s because the image represents a growing shift in the medium “from taking pictures to making pictures,” as recently described by the publisher of FlakPhoto, Andy Adams. This making consists of everything from appropriating vernacular photographs to digital wizardry with the tools of Photoshop to physical layering made up of any and all media available to an artist.

The successful admixture of these elements depends, of course, on an audience savvy enough to understand the constituent parts and interpret what their juxtaposition might mean or say. An audience that gets the way in which contemporary photographic practice is no longer (or perhaps has never been) about either-or, but rather both-and. An audience that traffics regularly and with ease in the increasingly universal language of images.

Here’s where Cwynar’s image really hits home—it seduces you with its beautiful composition, its gorgeous, riotous “noise” of colors. It speaks equally as well to someone who’s just in it for the visual and sensorial eye candy as someone who is embedded in the recent seismic shifts in the photographic landscape. Which is why Cwynar’s image is so appealing to those of us at the Initiative, where we’ve been diving deeply into how images are being used, circulated, reused, appropriated, altered, destroyed, and resurrected on a daily basis. It’s probably also one of the reasons why Cwynar was recently chosen to be among the Forbes 500 “30 Under 30” in arts and culture in 2015.

The three following responses to This Picture engaged so beautifully with the issues posed by Cwynar’s image that I’m delighted to announce them as the winners of this month’s Program Manager’s Picks contest: Ivana Larrosa, James Robert Southard, and Gary Richardson.

Congratulations Ivana, James, and Gary—you have each won tickets to #NOWSEETHIS, a party at the museum celebrating the Initiative’s explorations of visual culture and featuring musical performances by Kelela, Lower Dens, and Juliana Huxtable. Tickets coming your way soon.

Tickets for #NOWSEETHIS just went on sale! The night will feature performances by three amazing musical talents, the book launch of A People’s History of Pittsburgh, the closing of Antoine Catala: Distant Feel, and interactive installations curated by VIA, a platform for the intersection of emerging music, new media art, and technology. Reserve your tickets now, before they sell out!