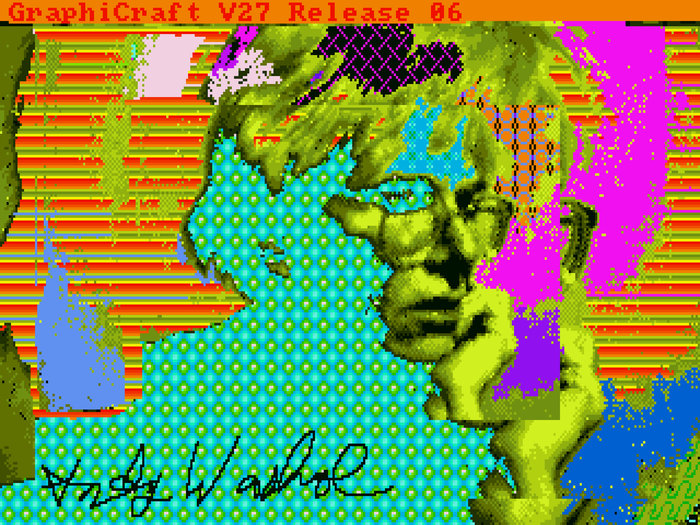 Get your tickets now for the world premiere of Trapped: Andy Warhol’s Amiga Experiments, Part II of The Invisible Photograph documentary series.

From as far back as the drawings made on the inside of caves, visual images have, from time to time, become “invisible.” Consider the case of 23 images made by Andy Warhol on a Commodore Amiga computer drawing program in 1985. It wasn’t long before the images were trapped, held captive on obsolete disks. For more than 25 years, they remained in The Andy Warhol Museum archive, until 2013, when an intrepid team including artist Cory Arcangel and members of Carnegie Mellon University’s Computer Club set out to retrieve them.

Trapped: Andy Warhol’s Amiga Experiments tells this story, raising questions about the lifecycle of images in a world of rapidly changing technology. A conversation with the key players follows the screening, including artists Cory Arcangel, new media scholar Jon Ippolito, and Golan Levin and Keith Bare and Michael Dille of the Carnegie Mellon Computer Club.

Afterward, enjoy signature cocktails and snacks with the creators and stars.

Can't make the live premiere? Check back on Monday, May 12 to view the documentary as part of The Invisible Photograph.