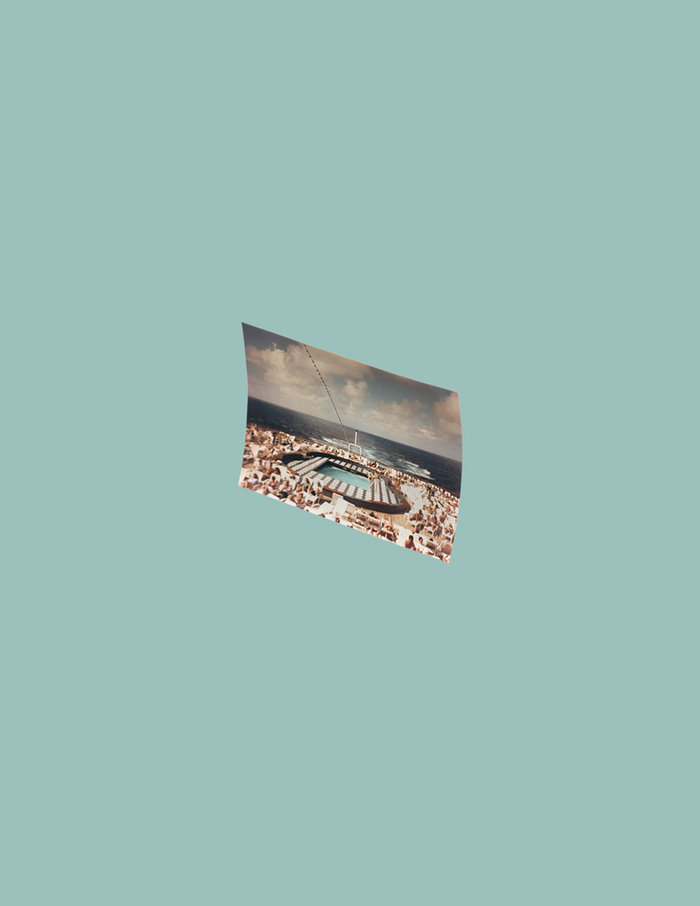 How will people share photographs with their grandchildren in the 2060s?

Assuming we still have eyes and hands in the 2060s, this question might be important. Perhaps we’ll be sharing imagery straight to each other’s optic nerves. Or maybe millennials will be clutching faded mini lab prints, trudging across a post-apocalyptic landscape. I’m exaggerating of course, but the possibility exists that “sharing” a “photograph” is not a perennial human activity. It’s all about definitions.

Consider this: our histories, personal or otherwise, are affected by how we transmit them. At the risk of sounding paranoid, I think the conversion of physical things to binary numbers is worth investigating—because we might not fully appreciate the benefits and costs. In fact, when talking about photographs, I don’t think it’s useful to divide them along the fault lines of “analog versus digital” anymore. Instead, I’d like to suggest something more meaningful. Tactile and non-tactile. Isn’t that more relevant to what’s happening around us? It certainly opens up more intellectually fertile areas; a new way to shuffle an old deck of cards.

To what extent are physical prints still being made by the general public? What drives the average young person to print a photograph in 2014? What does a photo have to provide or achieve before someone deems it worthy enough to print?

After mulling over these questions, I contacted a recent start-up called Piccolo, which offers a monthly subscription service that will mail you physical prints of your most socially active photos posted on Facebook and Instagram. Each month, you receive an email displaying Piccolo’s automatically suggested photos. You’re given two days to alter their selection, and then prints are mailed out.

I reached out to Piccolo because they’re an interesting case: a company that makes physical prints of images originally intended for the immaterial realm of social media. The assumption is that a photo’s value in social media equates to value in the physical world. Here’s a company that bases its business model on translating the non-tactile into the tactile. Are people (especially young people) that committed to printing photographs anymore? Nicholas Hall, Piccolo’s tech founder and COO, thinks so.

“We originally [wanted] to make printing photos a ‘frictionless’ process,” says Hall, “something more akin to how we interact with digital photos, while trying to maintain some of the joy we felt has been lost with digital.”

What’s missing from the digital experience, Hall believes, is that you don’t have the old ritual of dropping a spent roll of film into a paper envelope and leaving it at the drugstore to be developed. That joy of anticipating how the photographs might turn out, and re-living the experiences you caught on film, has been lost.

“That ritual is gone,” says Hall, “but there were elements of it that were more emotionally rich than what we get now with social media: the timeline, the constant feed of now, with the past ever receding into oblivion. The prompting to evaluate—heart or like or comment—rather than just remember.”

“That’s almost a truism,” he says, “but ‘sharing’ means lots of things: connecting, informing, [and even] bragging. What’s important is that social sharing has expanded the reach of everyone’s photographs. Sharing existed with prints, but it was more a kind of giving.”

The downside to that reality, Hall explains, is that it reduces our photos to just another genre of content, mixed in with memes and videos and articles in the stream.

“So in a way,” he says, “that collapse of giving and displaying ends up skewing towards display, perhaps undermining a meaningful giving experience we had with the physical object of the print.”

That said, Hall believes there’s a more fundamental question of physical versus digital versions of content. To illustrate his point, he offers an anecdote.

“I went on vacation recently and took an old paperback copy of All the President’s Men as beach reading,” he says. “As I finished it, I realized that the old book, yellow, the cover having fallen off, with photos of Robert Redford and Dustin Hoffman on the back, had become a kind of totem for the universe I had been inhabiting, of ’70s Washington reportorial intrigue. I was sad for the story to end in a deeper way when I put the book away than I am when I delete the line item from my Kindle home screen. But then I gave the book to a friend and it felt great.”

Hall recognizes that these issues touch everyone. Digital media has introduced new territories that require constant navigation. With Piccolo, Hall and his team are hoping to provide a more balanced experience with photographs; a hybrid of tactile and non-tactile photography. And Hall isn’t the only person with this concern. Artists have recognized the power of this shifting paradigm as well.

Nick Marshall, for example, is one such artist.

Marshall’s recent body of work, _e_scapes (pictured), underscores the often-forgotten reality that photographs are not only objects, but external sites where memory is stored. They phase between objective and subjective. This phasing is practically thaumatropic. Photographs are the anchors that keep us in place, and the ships that take us far, far away. Appropriately, Marshall’s choice of seascapes (from which he derives the title of his series) feels natural. Why do humans so often seek out bodies of water as sites for happy memories? As Kodak so thoroughly taught us, happy memories are the first choice of a hungry camera lens. Additionally, how does a memory change when we rely on a photograph as its external trigger? Marshall’s choice to have his subjects exist in solid planes of color is both aesthetic and practical. It emphasizes the fact that his subjects are three-dimensional, living lives of their own. Moreover, when compared with how photographs look today, Marshall’s specimens feel different. This is important. _e_scapes serves as a potent reminder that it’s not only photography that’s changing, but also photographs.