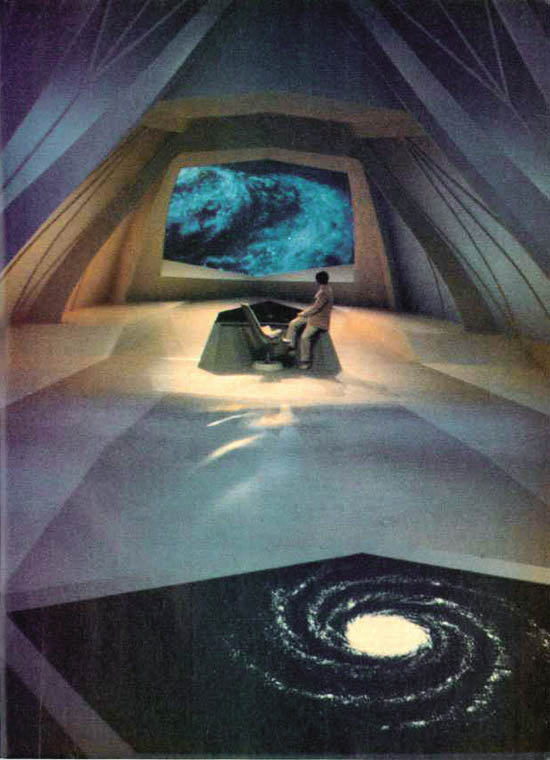 I don’t know about you, but I’ve been thoroughly enjoying National Geographic’s remake of Carl Sagan’s classic PBS series, Cosmos: A Personal Voyage (1980), which debuted in March of this year. The new version, called Cosmos: A Spacetime Odyssey and presented by astrophysicist Neil deGrasse Tyson, demonstrates the persistent fascination of outer space, that unfathomably immense expanse within which we float “like a moat of dust in the morning sky.” One of my favorite parts about show is that it zooms all the way out to the limits of the visible universe and then all the way back in to earthly bodies at the microscopic level, creating a sublime sense of interconnection and wonder, of the universe around and within us. Apparently I’m not the only one geeking out over Cosmos: the video for Symphony of Science’s song “A Glorious Dawn” featuring Sagan and Stephen Hawking has been viewed almost 9 million times.

So all this is to say: I am super excited that the theme for this year’s 2-Minute Film Festival is….OUTER SPACE! The theme celebrates the upcoming premiere of Extraterrestrial: The Lunar Orbiter Image Recovery Project, part of the Hillman Photography Initiative’s Invisible Photograph documentary series. Don’t fret if you haven’t got the time or means to construct a Spaceship of the Imagination like Carl Sagan’s. The theme is open to interpretation so that, like Cosmos, the festival can represent a broad spectrum of human endeavor and understanding, ranging from the big questions to the minutiae of everyday life.

Submissions are due by June 20, so get cracking! The entry form can be found here, and includes detailed instructions on how to send us your video. Like last year we’ll be conferring a Judge’s Choice Award and a People’s Choice Award; online voting for the People’s Choice will begin in early July, after all entries are received. Details to come. Prizes may or may not include a corduroy jacket like my hero Carl’s.

And of course, hope to see you at the 2MFF event on July 10!

Revisit all of the selections from last year’s 2-Minute Film Festival.